You are using a web browser that may not support the design features on this site.

For the best experience, please switch to another browser. We recommend Chrome or Firefox.

Dr. Peavler founded Central Kentucky Dental on the principles of honesty, compassion, and customer service. And our goal is to provide the residents of Winchester, KY, and its surrounding cities, Mt. Sterling, Stanton, Jackson, and Clay City, the best dental care from trusted dentists.

We provide a wide range of services, including preventative, cosmetic, and general dentistry. Learn more about our services here.

Our team is the heart of our dental office. So, before coming in to meet with one of our hygienists or dentists, get to know them through the bios below. However, If you're all ready to meet our incredible team, you can contact us today.

Dr. Peavler grew up in Frankfort, KY and attended Transylvania University, where he earned his Bachelor’s Degree in Biology.  After working at the KY Division of Laboratory Services for many years and then as a biochemist in both private industry and at the University of Kentucky Biochemistry Department, he decided to pursue a career in dentistry.

He earned his degree at the University of Kentucky, College of Dentistry, in 2009. After graduation, Dr. Peavler served in the United States Navy from 2009 until 2014, completing an Advanced Education in General Dentistry residency followed by tours of duty aboard USS HARRY S TRUMAN (CVN-75) and assignment as General Dentist at Joint Expeditionary Base, Little Creek, Virginia.

"Dentistry is a great profession because it fulfills my need for helping people and combines technical and artistic skills, satisfying my need to be challenged."

Dr. Peavler returned to his hometown of Frankfort in 2014 with Becky, his wife, and their children: Matthew, age 22 and Amelia, age 19. He began working for Dr. Powe in August of that same year and has had the pleasure of meeting many patients and their families. He is also involved in community activities, including active participation in the Winchester Rotary Club and the Chamber of Commerce, where he is a 2015 graduate of the Leadership Winchester Program.

Dr. Peavler also remains active in the Navy Reserves and enjoys reading and spending time with his immediate and extended family. The Peavler family has a Daschund named Dixon and a cat called Molly. 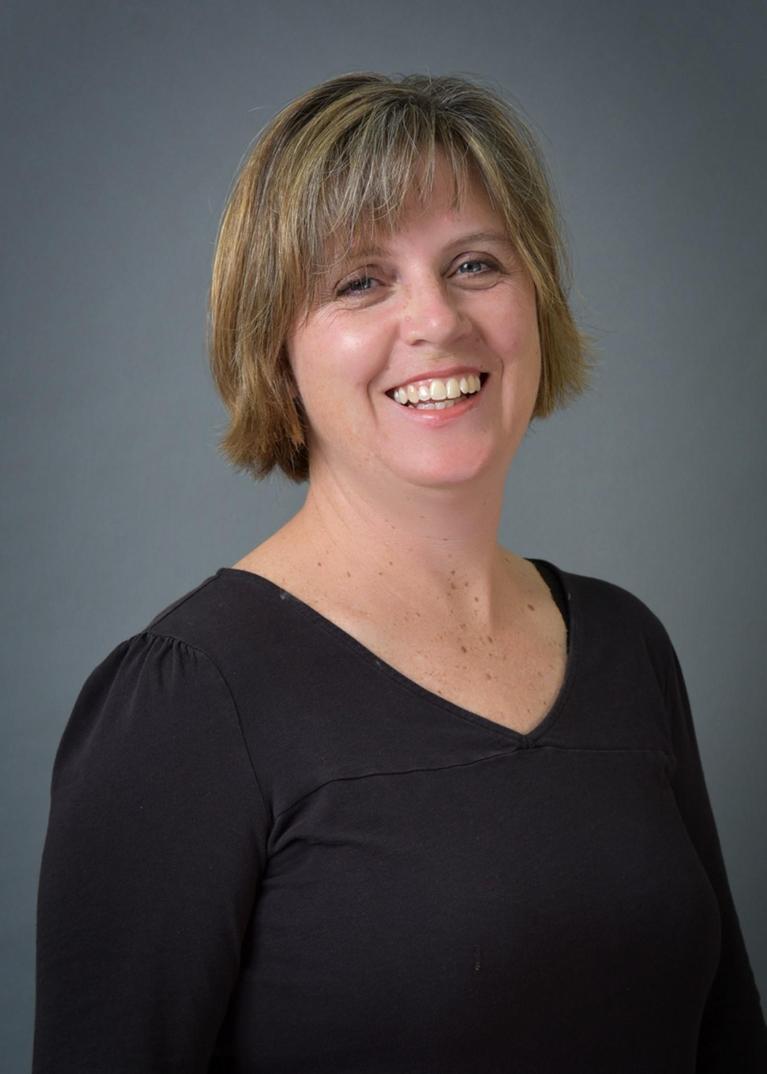 Tena Hoffman Powe, DMD, graduated from the University Of Kentucky College Of Dentistry. She is a member of the American Dental Association, the Kentucky Dental Association, and the Bluegrass Dental Society. Membership in these professional associations has allowed her to serve the community and her colleagues. Her involvement also helps her stay apprised of current education and information relevant to her practice.

Dr. Powe lives with her husband Derek and two sons, Robert and Allen, in rural Clark County. Free time is spent enjoying outdoor adventures with her family. Dr. Powe thoroughly enjoys living her dream: being a dentist, wife, and mom! 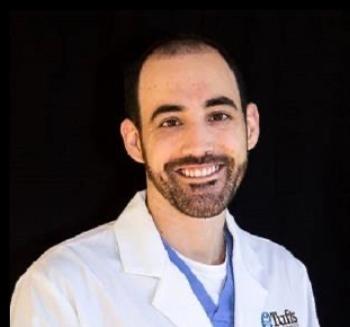 Dr. Hall grew up in Port Clyde, Maine, a small fishing village on the picturesque coast. He earned a Bachelor's degree and Master's degree in Marine Sciences before attending Tufts University School of Dental Medicine and graduated in 2016.

Dr. Hall practiced in Florida and Ohio before settling down with his wife and two dogs in Lexington, Kentucky. He began working with Dr.’s Powe and Peavler in February 2020. He is a practicing member of the American Dental Association, the Academy for General Dentistry, and the American Academy of Cosmetic Dentistry.

He enjoys gardening and has completely remodeled his backyard to include two brick patios, several raised beds, and a shade garden. He’s also enjoyed exploring Kentucky’s great outdoors with his wife and dogs. 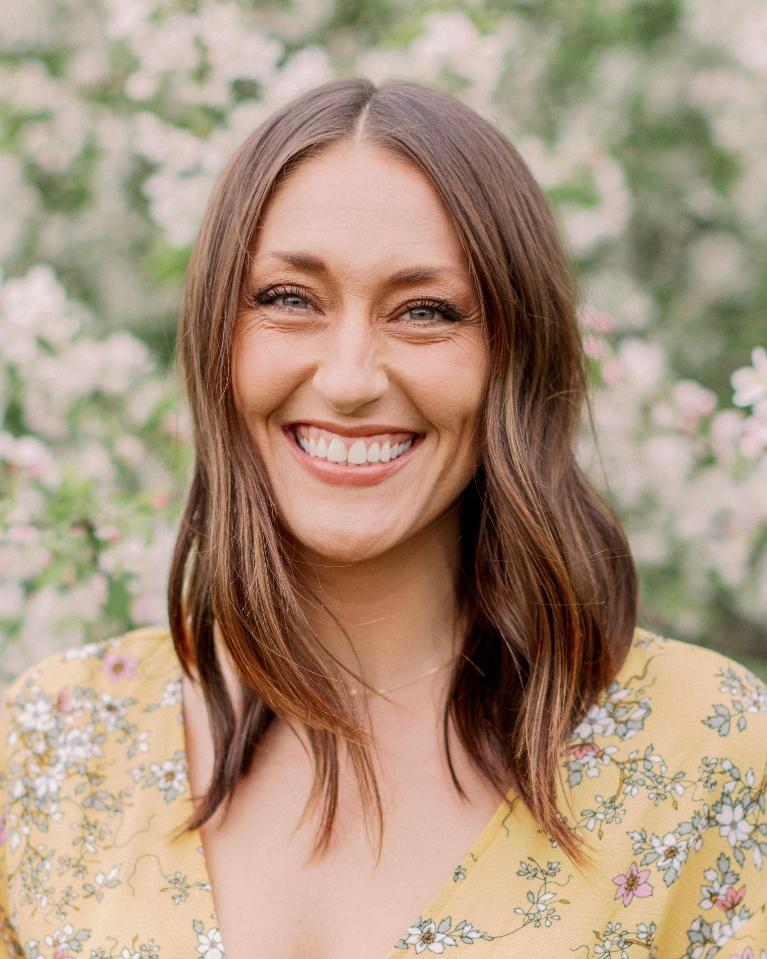 Amanda attended Eastern Kentucky University and started in the dental field in 2003. She later joined Central Kentucky Dental in 2015.

As an office manager, Amanda is responsible for the day-to-day operations of the dental practice in addition to representing the practice in a professional and positive way. She prides herself on providing superior service to our patients. Additionally, Amanda explains procedures and helps with filing insurance claims on their behalf.

In her free time, you will find Amanda watching her boys play sports, listening to her husband play music, working out, and enjoying time with family and friends. 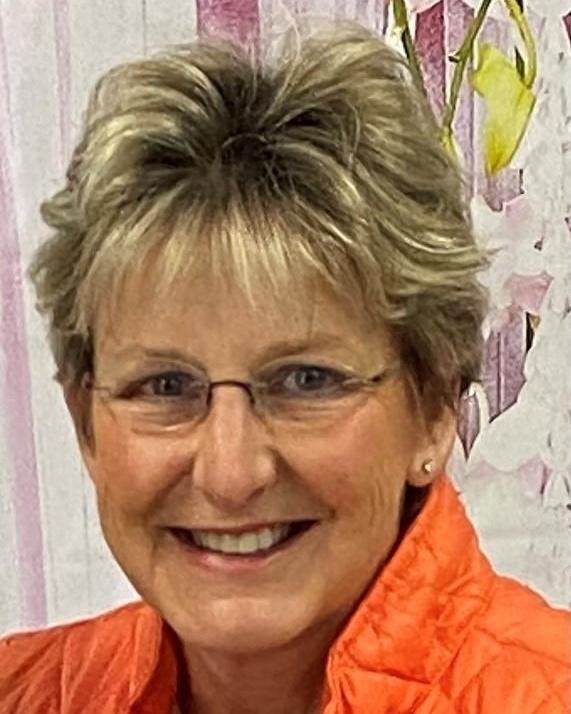 Leslie is a graduate of the University of Kentucky with a Bachelor’s Degree of Science in Allied Health. She started her career in dentistry in 1978, at this office as a Registered Dental Hygienist. Leslie loves working with her co-workers and patients that feel like extended family.

As a hygienist, Leslie helps patients have the best oral hygiene possible and makes them look forward to coming to our office. In addition to performing prophylaxis for patients she takes x-rays, applies fluoride, and educates patients on hygiene.

Away from the office you will find Leslie in her garden, on hike, or on the court playing pickleball. 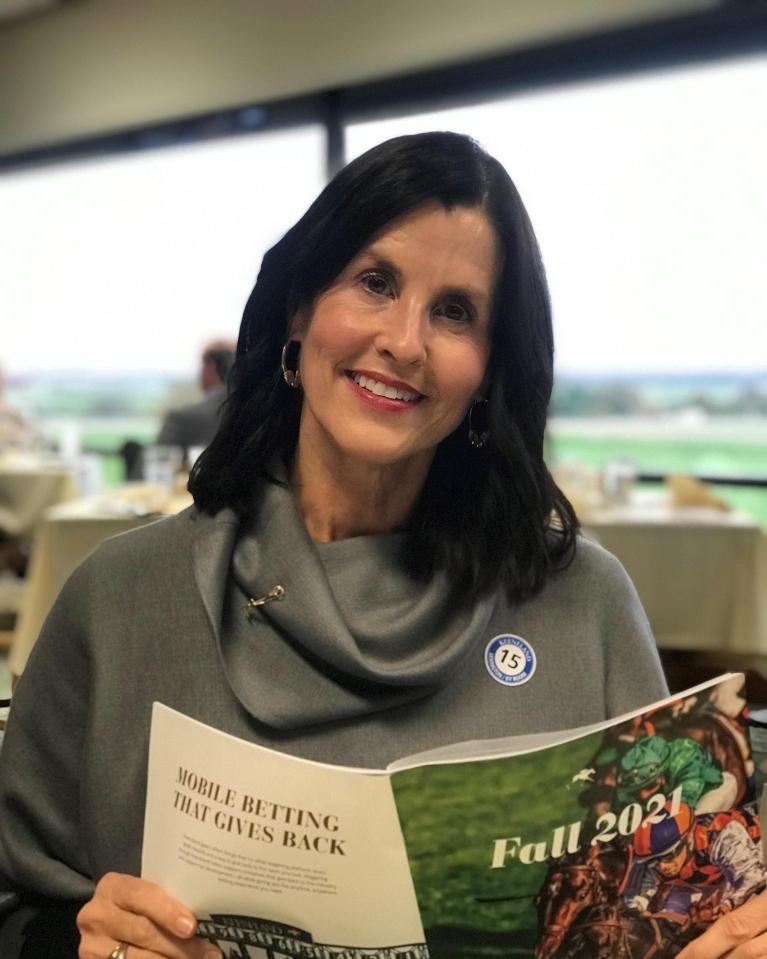 Donna Farris is a graduate of Lexington Community College and began her career in 1981. Donna joined this office as a Dental Hygienist in 1989, and loves helping patients succeed in having a great, healthy smile.  Donna educates patients on oral hygiene and helps address any new concerns patients may have about their oral health. She loves all the wonderful people that she has the pleasure of meeting and working with.

When Donna is away from the office she enjoys spending time with family and friends, weight training, and going to Keeneland. 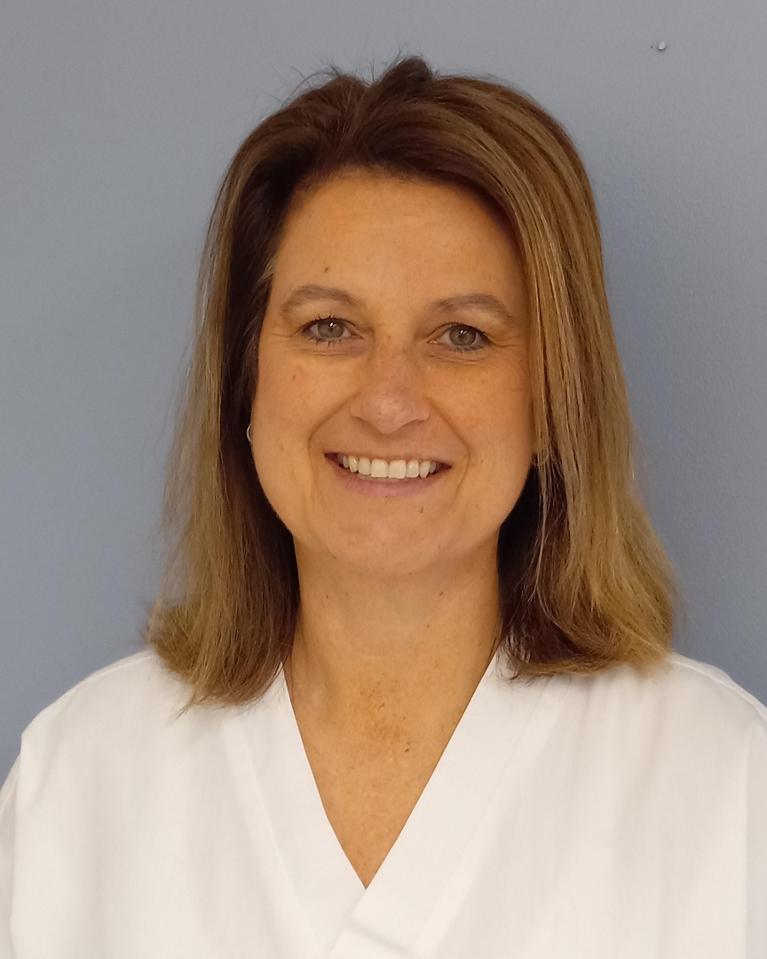 Paula is a Western Kentucky University graduate and began her career in the dental field in 1997. She joined Central Kentucky Dental in 2003. Paula has the crucial role of helping our patients achieve and maintain healthy gums with personalized dental cleanings. She also takes x-rays, applies fluoride, and provides hygiene instruction.

When Paula is away from the office, you will find her spending time with her family and friends. 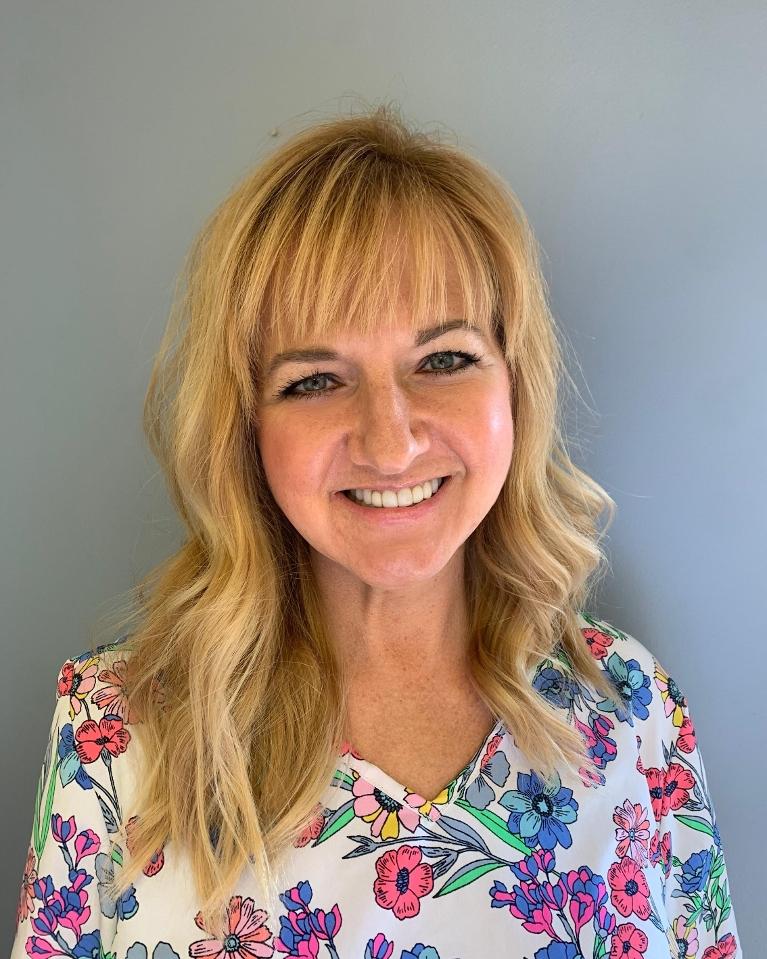 Michelle is a graduate of Parkland College in Champaign, IL where she earned her degree in Applied Science – Dental Hygiene in 1999. Michelle joined the Central Kentucky Dental team in 2010, and she loves the variety that each day brings.

When she is relaxing, you will find Michelle playing cards, reading, shopping, attending church, and spending time with her family and friends.

Mackenzie earned her dental education at the Institute of Dental Technology in 2013 and started working at Central Kentucky Dental in 2014. Her job includes working alongside our dentists to assist in procedures, take x-rays, review medical histories, and take dental impressions. But she sees her most important job as taking care of patients and helping them improve their smiles.

When she’s out and about, you can find Mackenzie shopping and spending valuable time with her son Finley. 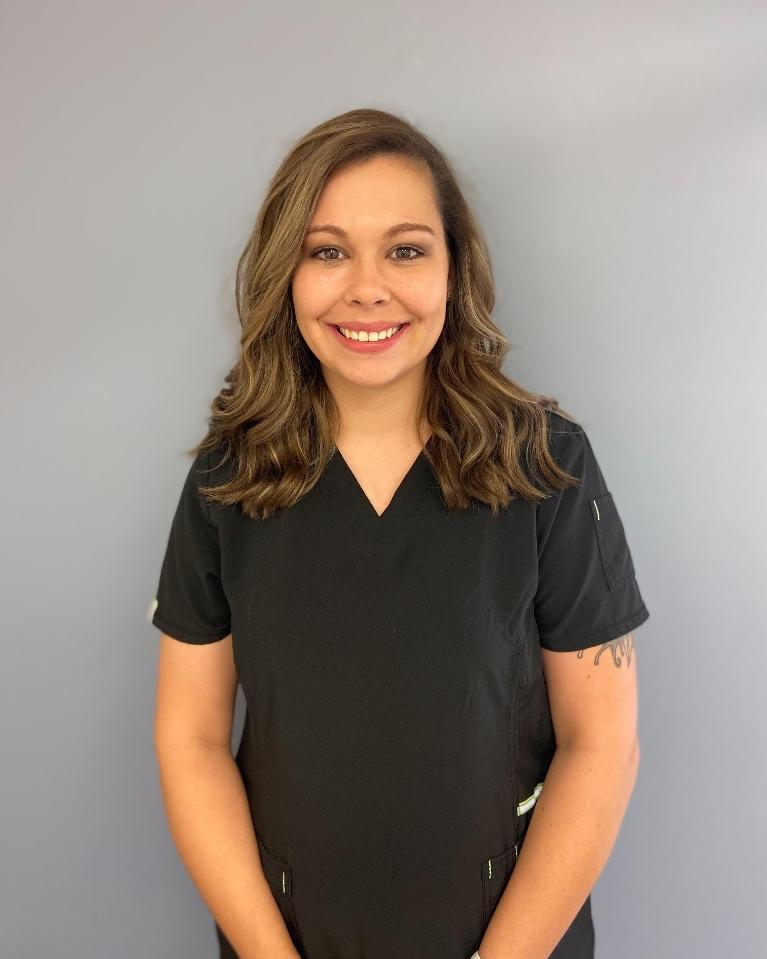 Kasey is a graduate of the Institute of Dental Technology and joined the dental field in 2014. She became a valued member of Central Kentucky Dental in May of 2021.

In addition to taking x-rays, sterilizing instruments, and assisting our dentists, Kasey strongly focuses on patient care. She loves getting to know our patients and working with such a fantastic team.

Kasey spends most of her free time with her son. 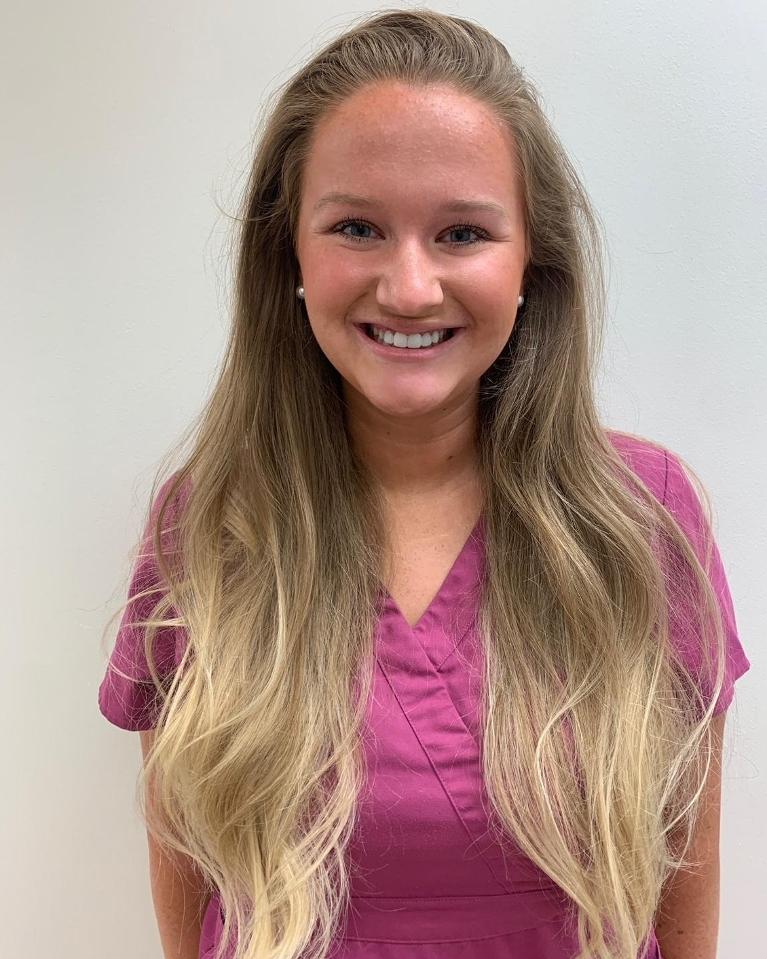 Caroline is currently in college to earn her bachelor’s degree in biomedical sciences and hopes to become a dentist herself one day.

When Caroline enjoys her free time, you will find her spending most of it with family and friends or going for long walks.

A healthy smile is just a click away.
Request an Appointment
Tabatha

Dr. Peavler, Jackie, and staff, thank you so much for making me feel at ease in your office. You really made me feel welcome and not as nervous. This means so much to me! Also, thanks for calling and checking on me the next day. Everything is doing well.